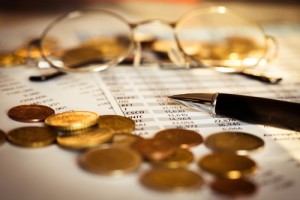 Binary options trading business is seen as a relatively new opportunity for those who like to invest and speculate on the stock markets. However, the concept has actually been around for several decades. It was as far back as 1971 that the Chicago Board of Trade first instigated the Chicago Board Options Exchange. It was the first organization to monitor option trading and is now the largest. It was created in direct response to the lack of regulations and the free for all which was developing by traders and brokers.

As with anything the passing of time has led to an improvement in the regulations and there was even an additional body, known as the Options Clearing Corporation (OCC) created, specifically to monitor the buying and selling of assets. They not only ensure brokers and traders conform to regulations, they also have the power to impose heavy fines and bans when necessary.

The first binary options were only an option for the wealthiest individuals; it was in direct response to this that the OCC allowed binary options to be traded on the stock exchange. This was approved by the US Securities and Exchange Commission in 2008 and the concept of binary trading, in foreign and domestic markets became possible. The American Stock Exchange started to allow binary options in the same year and became the first international exchange to do so.

The ease of access to the internet, combined with a range of new tools and dedicated platforms, quickly made it possible for almost anyone to trade in binary options. The result was a rapid growth in this type of trading. The same period saw a growth in the types of options, contract types, assets types and even the range of contract times. The internet made it possible to trade in very short time frames, as well as the more traditional longer frame. In turn this has opened up the marketplace and allowed a host of brokers to emerge offering their services.

By 2010 there was a mini revolution in the industry which ensured that binary trading was more user friendly. There were a string of changes to the risks and rewards, which has resulted in the binary options trade possible today. The advancement of mobile platforms has also made it possible for anyone to trade in binary options no matter where they are in the world.

Modern society has now embraced this type of trading as they recognize the potential in its flexibility, ease of use and the ability to always know your maximum profit and loss figure. All of this can be achieved with a far lower deposit than it requires to start trading on the main stock exchange.

Providing you adopt a cautious and educated approach it is possible to gradually increase your profits whilst reducing your risk; all with the aid of binary options. There is a wealth of opportunities within a few clicks of your mouse; it is this which has made it possible for anyone to understand and trade in binary options; eve from the comfort of their own home.

There is still a certain amount of distrust in the binary options market. This is partly due to a lack of regulation in its early days and partly due to the financial difficulties which have been faced by the world’s leading economies in recent years.

Most binary option brokers are now based in Cyprus, where they are regulated by CySEC. Despite the image of Cyprus as an unregulated, small country, these regulations are backed by the European Union and conform to the strict financial guidelines of the Union. The main reason that Cyprus is a desirable base for a binary option broker is to give them a professional edge by voluntarily registering and because Cyprus has one of the lowest corporate tax rates in the world. It is also the best alternative to the heavily regulated and taxed American marketplace.

The regulations in force in Cyprus are as good as any in the UK or Germany as they must all conform to the same regulatory framework; the law which applies to one country in the European Union applies to all.

Binary options are a relatively new type of investment vehicle and are often seen as exotic as they have a mysterious allure to them. In fact, they are relatively simple to unde...