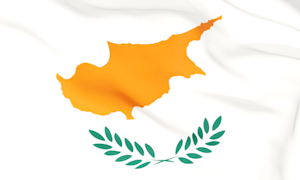 Unfortunately; there have been some rogue brokers and this, along with the relative smallness of Cyprus as a country as made people wary as to whether brokers based in Cyprus are a good option or not. Cyprus is part of the European Union and, as such must abide by the European trading rules; this is particularly relevant when considering binary options as the European Union has strict financial rules. On top of this, Cyprus binary options brokers must adhere to Cypriot laws, which are some of the most stringent in the world.

The following information will help you to understand the binary options laws in Cyprus and how they protect you, the consumer, the companies listed in this article are all fully registered and the regulations they abide by will be relevant anywhere in the European Union.

InvestManiacs propose you to use binary option robots to succeed. Also please check our brokers top

It is not a commonly known fact but Cyprus was actually ahead of the game when it came to regulating financial betting. In fact this was a clever business move. By being one of the first to regulate binary options, they would attract more binary options brokers than other countries. Taxes are due on the broker’s profits which effectively increases the Cypriot government’s income.

All laws, whether new or old must be in-line with current European legislation. Cyprus was careful to consider this before creating the new laws; thereby ensuring they would apply to all European member states. It is for this reason that it is not possible to state that Cypriot based brokers are badly regulated or that the laws are inadequate; this is simply not an option when the laws must be enforceable across the whole of Europe!

To confirm this you merely need to look at the Cypriot investment regulations and compare them with another country in the European Union, such as the UK. You may be amazed to see how similar these laws are! Thanks to the European Union, binary options licenses issued in Cyprus are actually valid in the UK!

This is government body, based in Cyprus, also known as CySEC. It is responsible for creating, implementing and regulating new laws relating to securities and exchanges. Binary option traders come under this heading and any business which has a binary options license, or is interested in getting one will need to abide by these rules and regulations.

It is the responsibility of CySEC to check that all businesses registered with them are adhering to their rules. This ensures both Cypriot and European Union laws are upheld. Those who choose to work outside of these laws or regulations will be punished and the issue rectified.

There are several options when it comes to providing a fair punishment; in first instances and relatively simple cases the broker will usually be required to implement changes to ensure they adhere to the rules in future and they will be liable for a large fine.

However, if the regulations are repeatedly or seriously broken then CySEC will fine them and remove their license; effectively preventing them from trading anywhere in the world. CySEC take their role very seriously and are known to uphold the regulations vigorously.

There have been concerns that any funds placed with Cyprus-based brokers can be seized by the Cypriot government. This concern has arisen from the government’s implementation of a forty percent reduction in bank deposits across Cyprus. This was a measure taken by the Cypriot government to help the economy rebuild after the last big recession. It may spark concerns that a trader’s money could also be seized. However, almost all Cypriot based brokers actually keep their funds in banks outside of Cyprus, Switzerland and the UK are two of the most common places. In fact, the reduction in deposits introduced by the Cypriot government had no effect on any of the money invested or held by Cypriot based brokers. Your money is as safe with a Cypriot broker as anywhere else in the world.

Binary options operations have become extremely popular in Australia. There were no direct regulations concerning the process of trading in these options; it...

How do you choose the best binary brokers for your requirements? There are now over four hundred brokers, many of which offer similar services and the majority of which will be legitimate and provi...

Why you Should Use the Best Binary Option Brokers Possible

The idea of trading on the money markets by simply predicting the direction a price is likely to move in is not actually new. In fact, it has been around since the end of the twentieth century. How...

Binary options are becoming an accepted part of the financial instruments available to be used by traders around the world. You can trade these options ( using the services of binary options broker...

Binary options trading have become extremely popular in EU during last years. There were initial concerns that this type of investment was little more than gambling, however, it...

Binary options are becoming increasingly popular around the world. Although many countries have not yet got specific legislation in place to cover these types of trading, those ...
TOPICS: Cyprus Binary Options  Binary Options in Cyprus