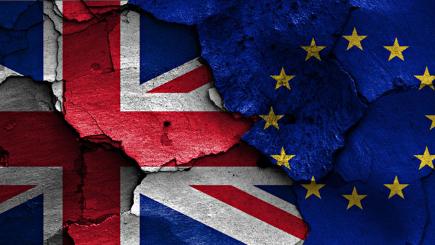 It has been just over two months since the United Kingdom decided to leave the European Union. An establishment they were instrumental in creating and have been associated with and part of for many years. The idea of leaving Europe had been believed to be almost impossible but Britain is now making preparations for the best way to deliver this fate to the people who asked for it.

It is difficult to know how it will affect every industry; the initial shock reaction was reflected in plunging markets. However, these have settled to a degree until the plans become more evident. Of course, if you enjoy trading in the binary market you will be anxious to know how this news affects you:

Conservative Prime Minster, David Cameron promised to hold a referendum regarding the future of the United Kingdom in Europe. This formed an integral part of his election manifesto and meant that he was committed to this course of action. In a surprising result 51.89% of the British public voted to leave the EU; of course, a decision based on such a fine margin has been contested on many levels since. The idea of leaving the EU has caused ripples around the world. It is important to note that Scotland and Northern Ireland voted decisively to remain; making it very difficult to have a united exit plan.

The current situation is little different to the day of the vote, many people are still in shock, but the all important triggering of article fifty, to start the process of removing the UK from the EU has yet to begin. What is making the markets more volatile is that it is not known exactly when this will be triggered and, even once it has been, the future trade between the United Kingdom and other countries cannot be resolved until the exit process has been completed.

There is no doubt that the UK decision to leave the EU has caused a variety of ripples in the binary markets. Most noticeably is the fall in the value of sterling. However, there are also repercussions in regard to the regulations and registration of many binary brokers. The current situation allows CySEC to have an input into the UK financial regulations. However, with the UKL leaving the EU this is unlikely to continue; binary brokers based in the UK may find their options to trade in other parts of the world limited.

In fact, CySEC took the result of the referendum very seriously. They responded almost immediately by seeking the assistance of brokers based in the UK to advise regarding the potential impacts. This has enabled CySEC to assess and adjust their procedures and regulations to ensure traders remain protected now and in the future.

In conjunction with this the UK government office in charge of these regulations, the FCA, quickly moved to reassure all traders that there is absolutely no change in the current trading possibilities and legislation as the UK is still a part of the European Union and will be until the official leaving period has finished. Although there may be changes in the future these will affect all financial institutions currently operating in the UK; there is no need to worry about them at this stage.

At this moment in time there is no discernable effect on the ability for traders or brokers to operate as they have always done. However, although there are no current changes to the rights of a trader; this situation cannot be guaranteed to remain. Once the shock of the vote has passed and the negotiations begin for real it will then become apparent what may be forced to change within the binary industry. Until then, trading can continue as normal.